Jeremy Corbyn has been voted the new Labour leader. It’s about time we had some good political news, after years of disillusionment and disappointment!

He took almost 60% of votes in the first round of voting, whereas Liz Kendall, the most “righty” of the candidates, took a measly 4%. This shows you that Labour’s left-wing is looking healthy, and that the public zeitgeist is: “enough is enough, and it’s time for a change”. Corbyn’s victory is so comprehensive that the conspiracy theorists can’t even claim that he won because of Tory saboteurs.

Labour now has a leader with morals, and we can be confident that he will do what he feels is right regardless of corrupt external pressures.

We know that Jeremy Corbyn is in favour of renationalisation, equality, cracking down on tax avoidance, and helping the environment. We know he wants to cut military costs, and develop an alternative to austerity. We know he offers the perfect alternative to the current elite rulers whose only points of reference are people like themselves, and the wealthy they surround themselves with. We know Corbyn has engaged the youth of the UK onto political subject matter. These were all great reasons to want him to become Labour leader.

However, the most obvious reason for wanting him to be elected was the way he terrified his opponents. The media tried to drag his name through the mud (even BBC’s Panorama), casting aspersions, and using snippets out of context, where even the smallest bit of research would tell you that they were talking, for want of a better word, bollocks. The Tories tried to use reverse psychology by saying they wanted him to win. The careerists in his own party claimed that his election would tear the party apart.

All of this to contend with, and he still won with 60% in the first round of voting. This shows that he is strongly supported, and how can having a popular leader of the Labour party be bad?

This is great news. Cherish it, because good news in politics comes few and far between. Hopefully Jeremy Corbyn will win the next general election so that he can implement his ideas and make the UK a better place. 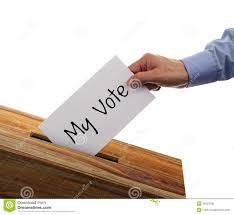 As a follow-up to my last blog, “Our Flawed Electoral System”, I thought I’d point out the approximate percentage spread of votes for the UK General Election 2015. The following figures come from the BBC website (keeping in mind we’re waiting for 40 more seats to be confirmed at the time of writing).

So, despite getting only 5.1% of the votes, the SNP will get 56 seats in parliament. On the other hand, UKIP have 12.4% of the votes and will get 1 or 2 seats. The Green Party have 3.7% of the votes, not too far behind the SNP, and will struggle to get one seat. The % difference between Labour and the Tories isn’t very big, but it looks like the Tories will have a majority government.

This underlines how flawed our voting system is.

Don’t get me wrong, I despise UKIP, and I’m glad they’re going to be irrelevant during the next political phase. But that’s not the point. Democracy should reflect what the people of the state want.

On another note, David Cameron will be in power for another 5 years (or until Boris Johnson takes over!), which is depressing, especially considering that this time he may not even be tempered by the Liberal Democrats. Expect grey skies and empty bellies for the foreseeable future while his Dave’s upper class friends sip champagne and hunt foxes.

Anyway, mustn’t grumble too much. Things could be a lot worse. Think about (or, even better, donate to) those poor people suffering in Nepal. I’ll leave you with this Billy Bragg song that sums up my mood perfectly right about now.

Our current voting system is flawed and outdated.

On Thursday, when we go to the polling booths, we may find ourselves in a position where we feel we have to vote for a party we don’t support in order to prevent a party we oppose from getting into power. This isn’t how democracy is supposed to work – we should be able to vote with our hearts, without having to play games.

The “first past the post” suits our two major parties to the ground, and helps them maintain their stranglehold on politics. We should have adopted “proportional representation” long ago in order to give people more choice about how their land is run. However, the switch wasn’t made. Now the British public are forcing the issue. The Labour and Conservative Parties are no long able to gain a majority government, and the people are giving power to smaller parties (in the sense that they are giving them enough seats to be able to form coalitions with one of the two major parties).

But this shouldn’t be something we have to think about. Yes, we can vote tactically, in an attempt to get the result we want, but, at the end of the day, we don’t know what the parties are going to don when it comes to making deals and/or forming coalitions. I know many people who voted Lib Dem last time in an attempt to keep the Tories out of power – that didn’t turn out too well for them, did it? Our current voting system is ridiculous in this sort of situation because we have no way of knowing who we’re voting for! We might as well do an “eenie-meenie-miney-mo” and put our X next to anything.

Many of you will be in constituencies where one party dominates every time there’s a vote. You might decide not to vote at all – after all, what’s the point when Joe Bloggs always wins by a mile? If the voting system changed to proportional representation you would be more motivated to get up and vote, because you would know that it wasn’t a waste of time. Even if you’re party only gets 10% of the votes, and no majority in any one constituency, you can rest assured that they will get their just desserts overall, and gain political power on your behalf.

If we adopt proportional representation we will be able to vote with our hearts.  Let’s get rid of this outdated “first past the post” system! 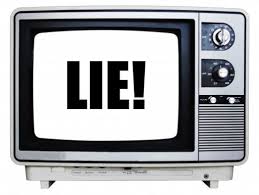 We tend to believe what we read. At least, we usually believe it until (or if) we get the other sides of the story. Then we draw our own conclusions.

The Dutch philosopher, Baruch Spinoza, did a lot of work on the belief of information. This is a great article, which discusses his work alongside the work of Descartes, and provides the results of a study: http://www.spring.org.uk/2009/09/why-you-cant-help-believing-everything-you-read.php (since this is an article about us believing what we read, I feel I should provide comprehensive references to what I say so I’m not accused of b*llsh*tting you all).

With this in mind, we should be very careful about what we believe in the media – especially now that we are closing in on the General Election. There is a lot of good, impartial journalism out there, but you need to be vigilant because we live in a time where wealthy, powerful people use media outlets for their own personal gain. They are willing to leave truths out of their work, emphasise the points that suit them, and straight up lie to get what they want.

Look at the recent Daily Mail headline that coined Nicola Sturgeon (SNP Leader) as “The Most Dangerous Woman in Britain” based on nothing more than conjecture, and a very un-scientific projection of the future if the SNP were successful in the elections. Similarly, the Telegraph released a despicable article about a conversation between Nicola Sturgeon and a French Ambassador without going to either of them for a quote (both deny the content of this conversation that the Telegraph reported on, so the report amounts to fiction projected to us as the truth).

As a species, we are very trusting. As humans developed, information was life and death. When we lived in nomadic tribes, we passed information to one another about things such as the availability of food in an area. We are hardwired to follow this sort of guidance. When we were toddlers, our mothers and fathers told us not to go near the fireplace because it was hot, and it would have burnt us. We believed them automatically because it was essential for us to believe them. Our minds are filled with loopholes when it comes to believing what we’re told, and there are people out there who will take advantage of that.

I’m an advocate of free speech. I like it when people give their opinions and speak their minds, no matter how controversial or outlandish (when things are out in the open, you know what you’re up against). But there is a big difference between this and purposefully deceiving people for personal gain. As I write this, the media is producing something designed to benefit a political party (and to hell with the truth!). And let us not forget that it is the lower class masses that are most influenced by the media – because there are more of us, so we watch more TV and buy more newspapers, etc.

Don’t let the media set the terms of our democracy!

When I turned over to ITV for the 7-way debate I thought I’d stumbled across an old episode of the Weakest Link. The set-up was the same, the “contestants” were stabbing each other in the back in an attempt to win, and even the presenter was in on the joke, trying her best to look like Anne Robinson.

It didn’t seem to achieve much. The debate was very tame and watered down. It was exactly what David Cameron wanted – he just hid in the corner and avoided any sort of direct debate with the other political leaders. Damage limitation.

The most exciting thing about the debate was the lady in the audience who heckled the PM. David Cameron was in the middle of thanking the country’s servicemen for their work when the lady spoke out. She pointed out that many of our service men and women end up on the streets after leaving the armed forces, and have very little support. David Cameron said they she brought up a good point, and proceeded to speak over her until she was dragged out of the studio.

This was the most genuine moment in the debate, and it was hardly mentioned in the debate analyses. Maybe it was a bit too real. People don’t like facing up to un-glamorous every day issues. It’s easier to turn the other way and go on and on about the “long-term economic plan” – something a bit more faceless and general that might garner a few more votes.

I’d like to congratulate the heckler, Victoria Prosser, for standing up and speaking her mind. It was the only part of the debate worth viewing.

I was browsing the BBC News Website and found this:

There is a survey on this article that asks you 5 questions, and it tells you how close you are to the “political centre” at this moment in time and previous years. Give it a go and see where you stand.

The outcome of my survey came as no real surprise:

Your answers place you on the left of the political centre in comparison with the overall population in 2014.

So my views won’t win me any elections. But at least I am true to my beliefs. Meanwhile the current politicians we see on the news every day are scrambling for that “middle ground” where all the votes are. At what point does a person’s vision get distorted so much that it’s not even worth the effort any more?

More of that to look forward to during the next 40-odd days leading up to the election.