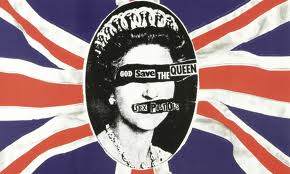 The monarchy undermines the concept of equality in the UK.

How can our society even pretend to strive for any sort of equality when we have such a visual hereditary institution hanging over us?

When we were children the Royal Family was shoved into our faces. At school we learnt about their lineage and what the different Kings and Queens did in history. From a young age we were told almost everything about the monarchy. The only thing they left out was the debate as to whether or not the monarchy should exist in modern day society at all.

This exposure to the Royal Family was the narrow end of the wedge. Once we have established in our minds that it’s OK for some to be born into power and privilege then it’s easier for the masses to accept all the other people who are born into power and privilege. I believe that’s the only reason we still have a monarchy in this day and age: it is being propped up by a network of people who think that they are superior because of some sort of birth-right.

The Royal Family contradicts democracy. It devalues the concept of intellect and achievement. It’s also expensive. Let’s get rid of it!